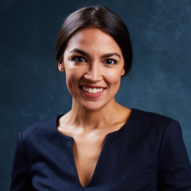 Just last month, the Democratic Socialists of America made national headlines by securing its first seat in Congress with Alexandria Ocasio-Cortez’s victory over Joe Crowley in New York’s 14th congressional district. Ocasio-Cortez refused all corporate campaign contributions and ran on a robust social-democratic platform that included Medicare for All, tuition-free college education, and a federal job guarantee. As a result of this victory, DSA’s membership has ballooned to over 45,000 members over the last three weeks.

Ocasio-Cortez isn’t alone. Over the last year, DSA has enjoyed unprecedented electoral successes, with 15 DSA members elected to public office in the 2017 elections. These electoral victories have substantially boosted the profile of democratic socialist politics- so much so that New York gubernatorial candidate Cynthia Nixon has started describing herself as a democratic socialist! The vital lesson to draw from these victories is that electoral politics is an essential terrain of struggle, and that we need to focus our energies on it much more heavily going forward.

There are many in the socialist movement, however, who want to resist the conclusion that we ought to devote more of our resources to electoral politics. These activists tend to argue that “movement building” and “grassroots organizing” are the only true drivers of social change, and that electoral politics can only play a secondary role:

“If we want meaningful social change, or even basic progressive reforms, the electoral road leads us into a strategic cul-de-sac. Instead of better politicians, we need popular power — independent, self-managed and combative social movements capable of posing a credible threat to capitalism, the state, white supremacy and patriarchy.”

The Lure of Elections: From Political Power to Popular Power

This view, however, depends on an overly abstract and nebulous conception of what it means to build an effective social movement. “Movements” change nothing in and of themselves. For a movement to be effective, it must be organized around concrete demands on specific institutions. These demands inspire working people to get involved in the movement, and they serve as a concrete measure of the progress that a movement has made.

The failure of the Occupy Wall Street movement demonstrated the crucial need for demands. When movements lack concrete demands, they tend to quickly fizzle out without achieving much of anything. Regular people do not have patience for movements that don’t promise any material improvements in their lives.

Where does power lie?

Movements can target a wide range of institutions, but the most obvious target for working-class demands is the capitalist state. The state is the only institution in society with the ability to collect taxes, print money, and enforce laws. The entire capitalist system is at the mercy of the state for its continued existence, so if we can change state policy, we can force capitalists to do our bidding. It’s no surprise that nearly all of the concrete demands that socialists are fighting for today, like Medicare for All, tuition-free college, and a $15/hour minimum wage, are demands on the state. And in our society, the easiest way to change state policy is to win elections. 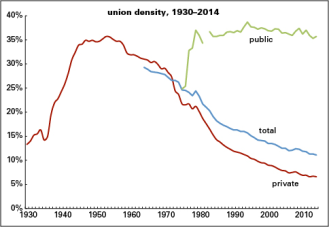 In addition to the state, working people can also make demands directly on employers. This is what the trade union movement has always been about: demanding higher wages, better working conditions, and more job security directly from the bosses. Historically, organized labor formed the organizational and financial backbone of working-class and socialist movements. But it’s important to recognize that after a decades-long decline in membership, organized labor is now a shadow of its former self. While it should be possible to modestly strengthen organized labor in the medium term, we cannot expect it to return to the strength it enjoyed in the 1950s. The transition to a service-based economy has fundamentally disempowered labor in the workplace, and the rising tide of automation will ensure that this trend continues into the future. Ironically, the one thing that could restore the labor movement to its former glory would be a dramatic change in state policy favoring unions. Indeed, it was the passage of the Wagner Act in 1935, which gave legal rights to labor unions for the first time, that precipitated the first major spike in union membership in the US.

Those who are uncomfortable engaging with state power often argue for a third strategy for socialist organizing: “building the new society in the shell of the old.” This anarchist concept involves building alternative institutions like worker cooperatives, mutual aid networks, or neighborhood councils, in an effort to prepare the groundwork for an entirely new social system at some point in the future. But while alternative institutions can often be helpful, they are severely limited as a strategy for social change. Merely demonstrating alternatives to the status quo does not build the power needed to transform society in the face of an increasingly powerful state machine. Socialists need to win state power, not make futile attempts to fight the state from below.

Given the limitations of other tactics, building the capacity of the Left to win elections is the single most important thing socialists should be working on. Socialist, labor, and progressive organizations should run candidates for office on platforms centered around universal social programs and class-based grievances. Whenever possible these candidates should publicly identify themselves as “democratic socialists,” even if they don’t explicitly advocate for public ownership of the means of production. At this stage, it is more important to popularize and destigmatize the idea of “democratic socialism” than it is to fill it with clear anti-capitalist content. 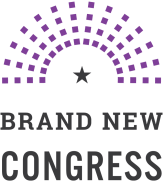 We should strive to aggressively primary any incumbent Democrat who does not enthusiastically endorse a robust social democratic program. The Tea Party has been very successful at pushing the Republican Party far to the right, largely through the threat of primary challenges to sitting Republicans. There is no reason we can’t do the same to the Democrats. It’s not even necessary for all of our primary challenges to succeed- as long as we can make credible threats to kick Democratic politicians out of office, incumbents will be forced to support social democratic demands.

None of this will happen on its own, of course. While the Tea Party was able to rely on the generous funding of billionaires to bankroll its primary campaigns, the Left will have to get much more creative. In order to consistently win thousands of primaries and general elections across the country, year after year, we will need to build a powerful network of civil society organizations, ideally federated together into a single coalition. Organizations like DSA, Our Revolution, and Brand New Congress can play a key role, alongside progressive labor unions and other left-wing groups at the local and regional levels.

Because of the long-term decline of organized labor, we can no longer rely on unions to be the primary source of funding for socialist electoral campaigns. But the good news is that the Internet is making big money much less important. Fewer and fewer voters are watching TV ads— by far the largest expense for traditional campaigns— and social media has opened the door to mass fundraising and outreach. Alexandria Ocasio-Cortez was able to unseat an incumbent who outraised her 10 to 1, because she was able to effectively leverage social media and an army of volunteers. And when socialists like Ocasio-Cortez get into office, we can enact laws that will tip the scales in favor of the Left, such as public campaign financing and automatic voter registration.

The success of Tea Party-style primary challenges in shaping state policy should tell us something about how the state functions in capitalist society. The state is not a tool directly wielded by the capitalist class to further its immediate interests, as many orthodox Marxists have argued. Elected officials and other state actors enjoy much more autonomy than this- but their decisions are constrained, pulled and prodded by the myriad social forces that threaten the state’s order, and the careers of the politicians who run it.

As we build our power inside the state, the need for a socialist transformation of society will gradually become apparent. With each successive social-democratic reform, capitalists will feel more and more uneasy. Eventually, the state will face a collapse in “business confidence” wherein employers begin to disinvest, fleeing the country to seek refuge somewhere more friendly to business interests. When business confidence collapses, this places a nearly irresistible pressure on the state to retreat from its socialist agenda. Elected officials face a choice between familiar, stable capitalism, and a highly uncertain leap into the dark, where social unrest and economic collapse seem to lurk. They also fear that voters will blame them for the economic chaos, and vote them out of office. We have seen this story play out time and time again: Portugal in 1974, France in the early 1980s, and Greece in 2015.

The history of the socialist movement tells us that capitalism can only be ended in conjunction with a severe legitimacy crisis, wherein both the state and the general population become convinced that the uncertain leap into socialism is a more viable path to an acceptable social order than maintaining the capitalist status quo. Such a severe legitimacy crisis has never occurred in a developed capitalist country- but we can be sure that the steady encroachment of automation, which will leave hundreds of millions jobless, will create one. In the meantime, our job as socialists is to build our capacities to win elections, pushing the boundaries of social democracy while preparing for the moment later this century when society will be ready to leap into the bright socialist future that awaits us.

One thought on “In Defense of Electoralism”